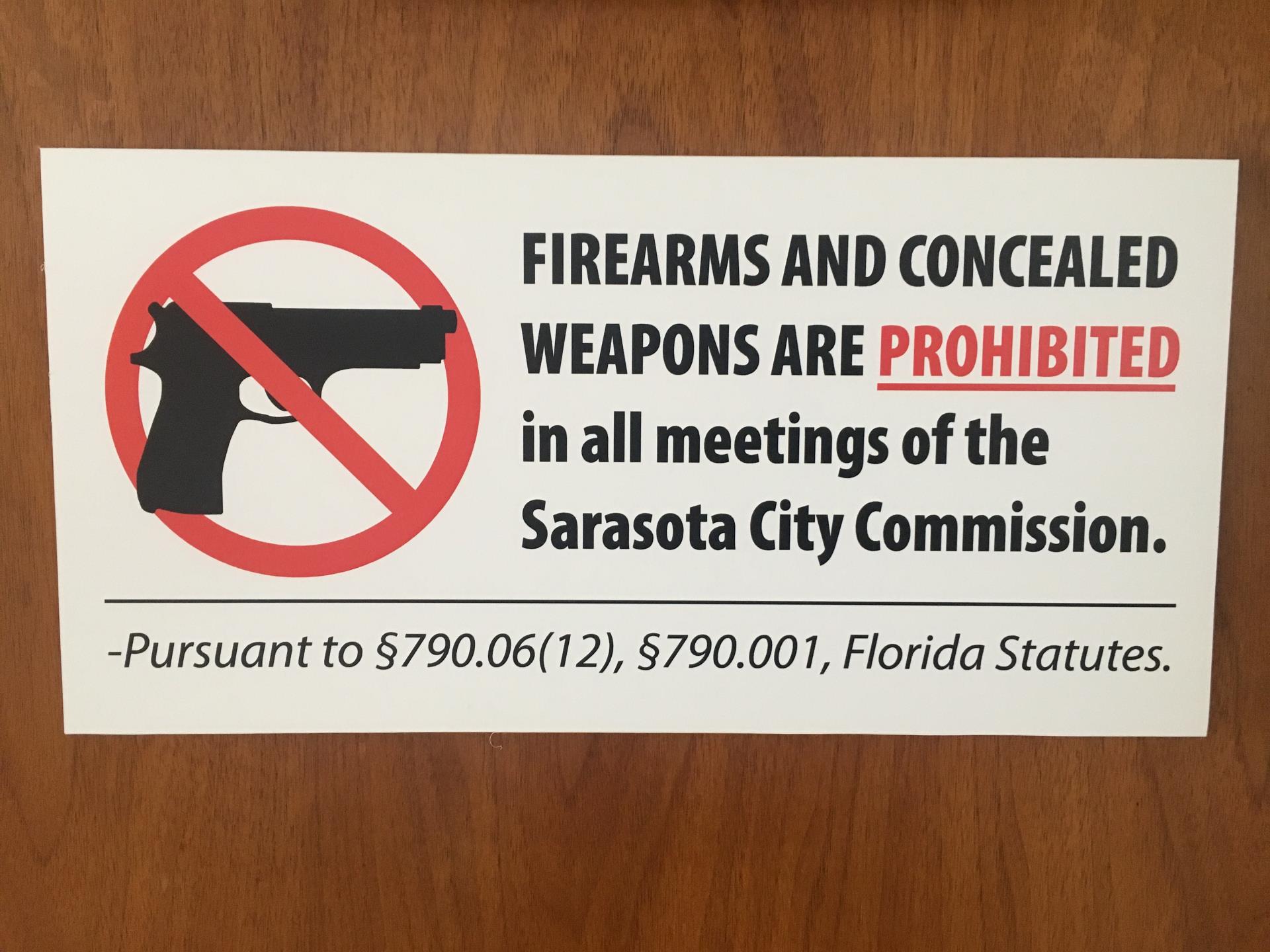 Sarasota, FL:  Beginning Monday, June 17, the state law prohibiting firearms at meetings of governing bodies will begin to be actively enforced in the City of Sarasota.

It is suggested citizens attending City Commission meetings plan to arrive a few minutes earlier than in the past to allow for security screening before entering the commission chambers at City Hall.

“This is simply a precautionary step to ensure all those attending our public meetings will be safe and secure at all times while exercising their rights as citizens,” said City Manager Tom Barwin, following consultation with Police Chief Bernadette DiPino.

The precaution will remain in place until further notice.