Sarasota, FL:  Four economically distressed areas of the City could soon see long-term investment and job creation after being designated as “Qualified Opportunity Zones” under the federal Tax Cuts and Jobs Act of 2017. 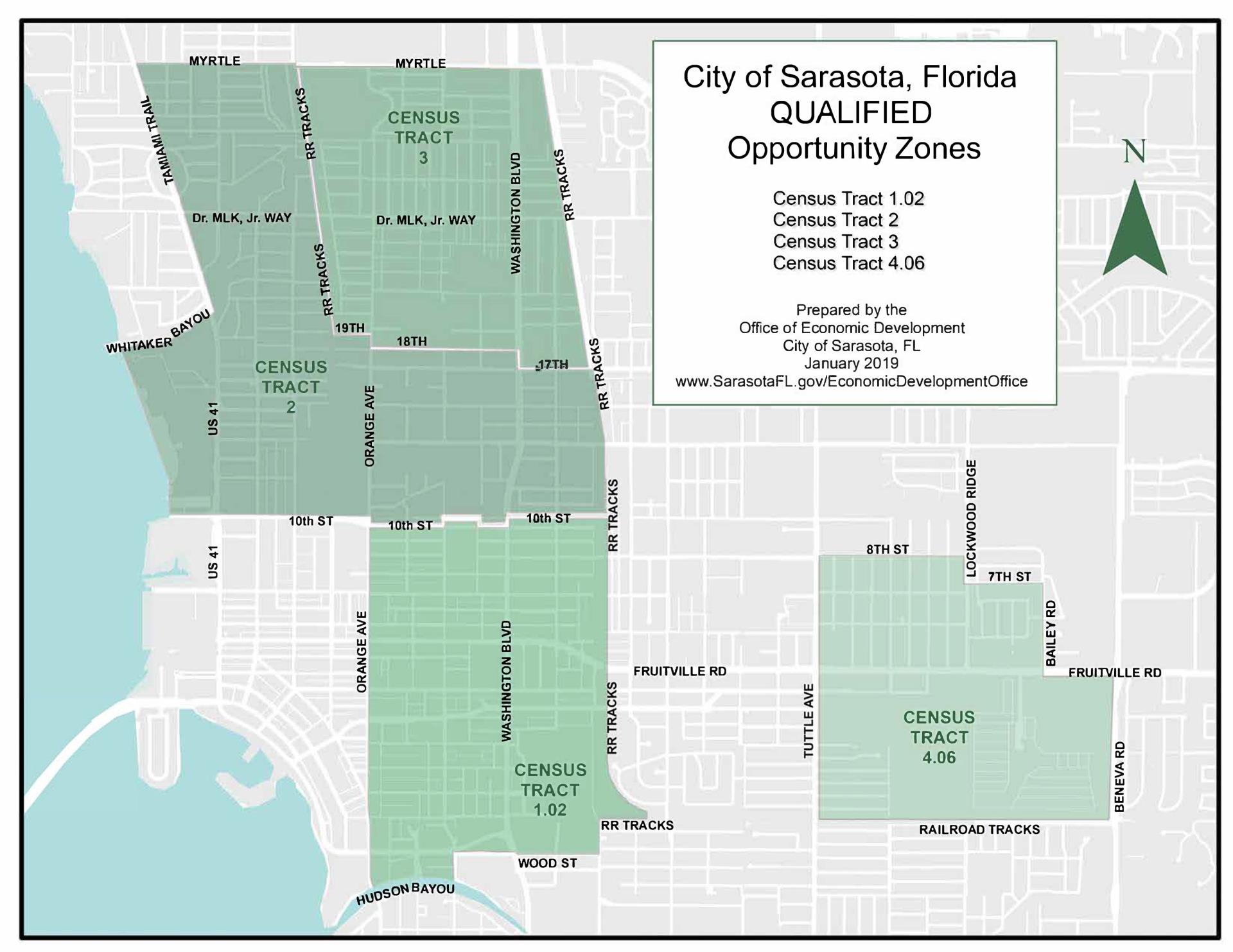 The program helps to revitalize low-income communities by providing tax advantages for private individuals and corporations who invest in an Opportunity Zone Fund. It encourages the private sector to reinvest capital gains from other investments into businesses and start-ups located in these Qualified Opportunity Zones.

The four zones, outlined here, mirror U.S. Census Tracts and were selected based on poverty rate, family income, unemployment and other factors.

“We want investors to know that these parts of our community, including the historic Newtown area, are open for business,” said Steve Stancel, the City’s general manager of economic development. “Our hope is that the Qualified Opportunity Zones can be a powerful catalyst for job creation, attainable housing and economic revitalization.”

The City identified and recommended six Census Tracts in the City limits for consideration by former Florida Gov. Rick Scott. About 8,700 Census Tracts around the country qualified.

About the City of Sarasota:  Distinguished by Google as a Digital Capital in the U.S., the City of Sarasota is a diverse community located on Florida’s Suncoast with 55,000 year-round residents, several internationally recognized cultural arts venues, stunning sunsets along Lido Beach, a 45-hole municipal golf course at the historic Bobby Jones Golf Club, and Major League spring training baseball with the Baltimore Orioles.  Learn more about us at SarasotaFL.Gov